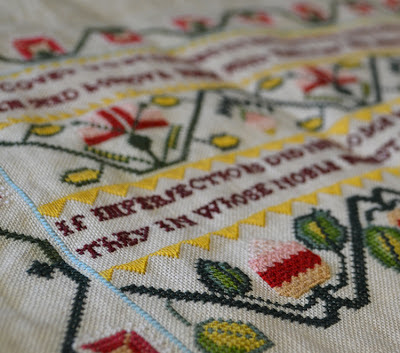 One of my New Year's Resolutions this year was to stitch more...a lot more.  After 17 years in the business, 2012 left me feeling pretty burned out, and a few times I felt like packing it in.  But, I am a thinker, and so I thought...I still love needlework.  How could I continue doing what I love?  I'm in the process of re-configuring how I operate my business to make certain aspects of it easier, I'm down-sizing in other areas (I don't want to travel much anymore), and I want to focus more on what I love...reproducing and designing samplers and running the store.

I started the Elizabeth Hudson Sampler (by The Scarlet Letter) a while back...maybe two years ago?  It is a BIG one.  I'm stitching it on 36 count hand-dyed linen in the Au Ver a Soie silks.  There is a TON of over-one (all of that verse).  And some Queen Stitches.  Which I happen to love.  In the picture above, lower right corner, you can see one of my Queen Stitch strawberries.  How fun is that?  I just really enjoy them. 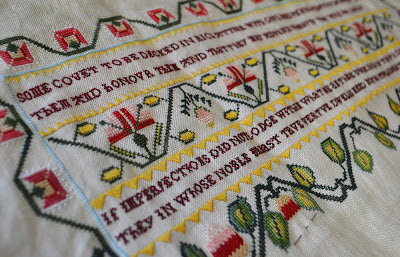 I'm pretty pleased with the progress I'm making so far -- the colors are cheery and bright, and when this one is done, it will be a STUNNER.  And all that red....love it! 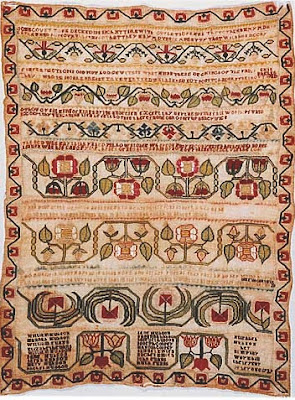 Here's what the original sampler looks like -- and yes, I've got the charts at the shop if you want to order one (they're $18.00).  At the bottom, Elizabeth stitched family names...I plan on stitching in my family names to make the sampler really mine. 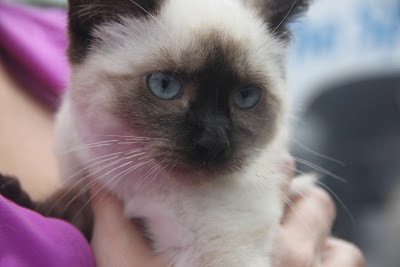 Just this week, we said good-bye to our last foster kitten of 2012, Magi.  We called her "Little Boopie," "Cookie," and "Sugar Foot."  We took her in to help her get used to humans.  She adjusted really well and is now over at the Southern Pines Animal Shelter's Adoption Center waiting for her new home.  We do miss her -- she'll be a lovely pet for someone, and it was fun to host her for a few weeks.

In the meantime, our cats are LOVING all of the extra attention at home.  So much purring.  So happy happy.  This year, I have promised my family only three fosters (at most) at a time.  I am working with the shelter on a new fostering program to help shift the burden onto other volunteers.  I can't foster them all! 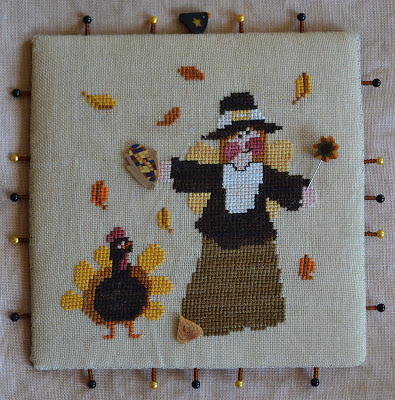 Here's my November's Angel (Raise the Roof Designs).  She was actually really fun to stitch, and I love the golds/browns/dark chocolate.  Just two more angels left to do -- December and January!  I'll have to put a picture up soon of all of these angels in a grouping -- they look so CUTE all together!!!

I hope you are well and happy -- are you getting time to stitch?
Posted by Theresa at 1:22 PM 7 comments: 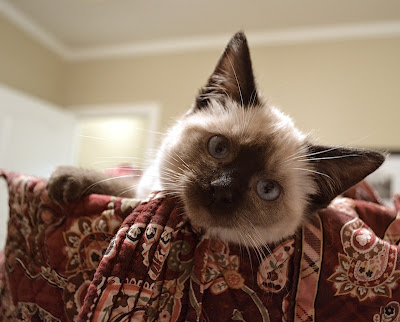 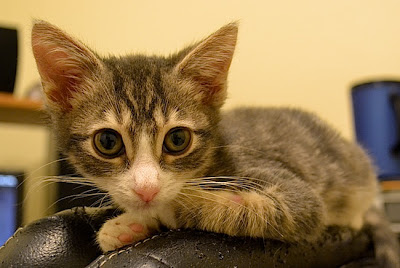 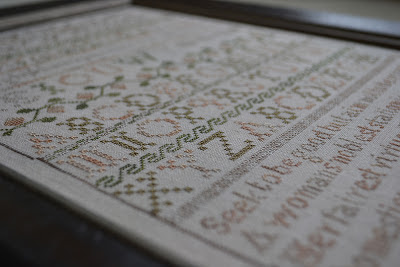 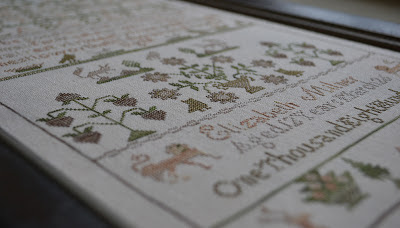 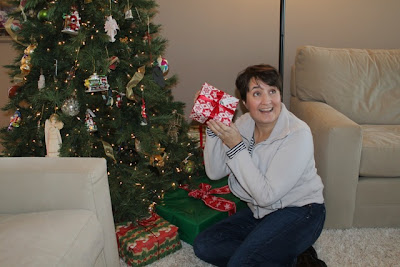 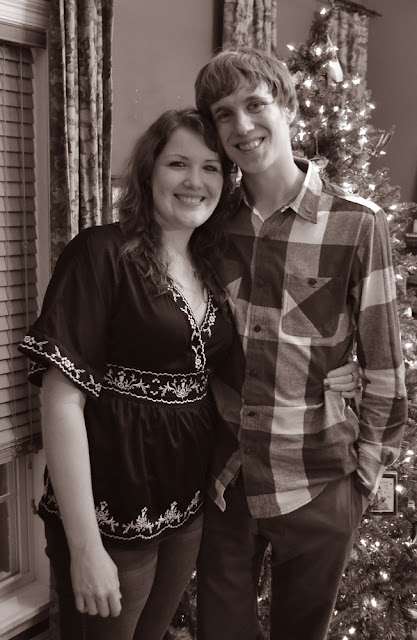 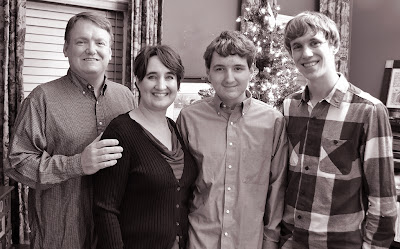 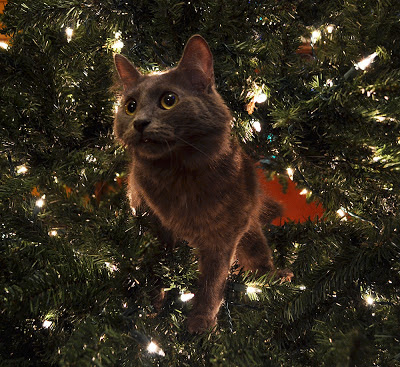 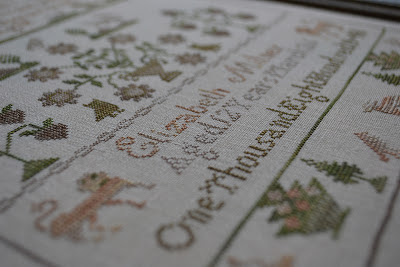 I promise it won't be such a long time before my next post.  Hope y'all are having a very happy new year.
Posted by Theresa at 2:26 PM 14 comments: