Postal Rate Sale and Other News

Postal rates are increasing by about 6% on Sunday -- darn it! So, I'm having an Etsy sale with FREE shipping until Sunday.  Just enter FREESHIP in the Coupon Code box when placing an order to qualify.  Make sure you put that code in the Coupon Code box, and not in the comments area, so Etsy can make sure to deduct your shipping charge.  This is good for US shipments only.  You'll find me at www.etsy.com/LettersGreatandSmall. 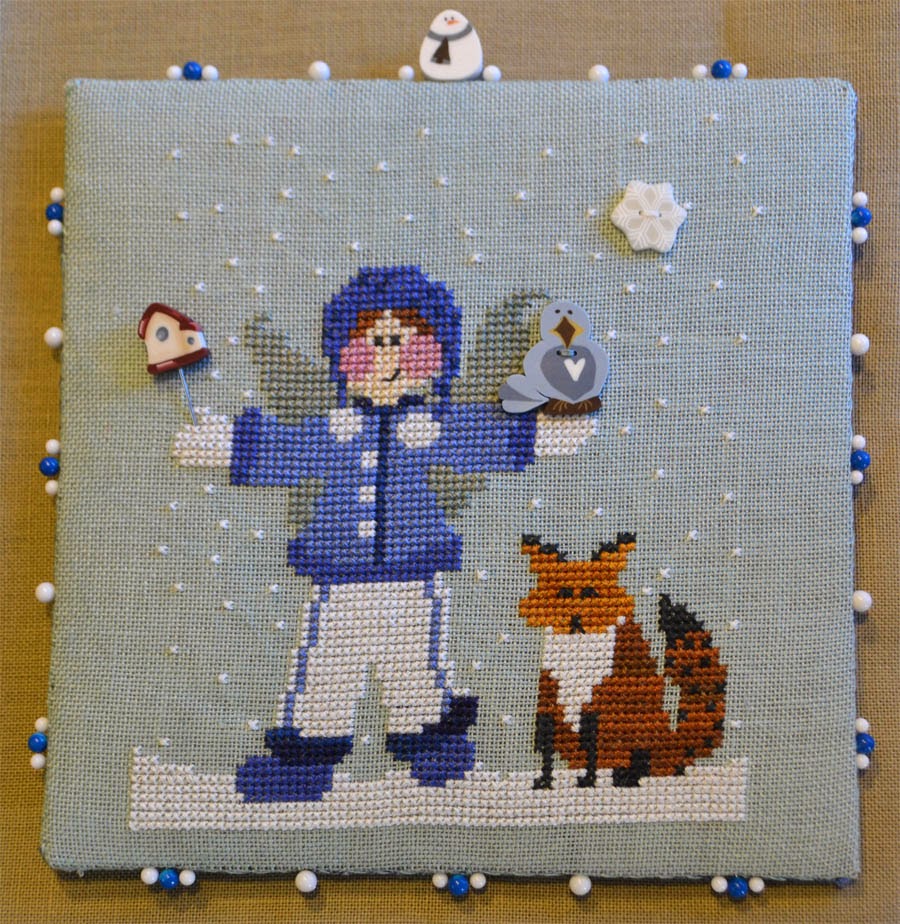 Until today, I didn't realize a few weeks had gone by since my last update. I've been getting back into the groove of the needlework community, and am enjoying devoting more time to designing.  I'm just finishing up a sampler called "The Queen of Hearts," which will be released soon, and I just finished my last Raise the Roof monthly angel, January's Angel, complete with a cute fox.  The entire series is available on my Etsy site as well. 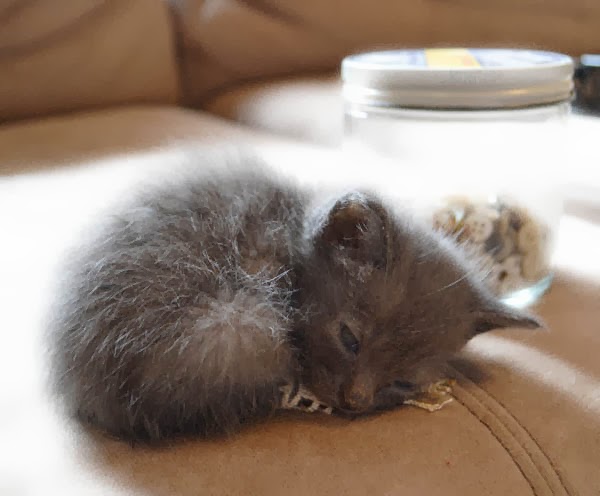 I did have some sadness this month -- not one of my Christmas kittens survived.  Poor little Half Pint (see above) was the first to pass.  He survived ten days, which was more than the one they figured he'd make it at the shelter. I think he had fading kitten syndrome, and even veterinary intervention didn't help him.  He died napping with his brother. Scout and Nonie (aka Thread and Stitch) did better, but soon developed tell-tale big bellies and gastrointestinal issues.  It turned out to be FIP, and that condition is mean, nasty and not survivable for kittens that small, so we made the decision to put them to sleep rather than let them suffer.  It was heartbreak all around, and I shed my tears.  I know that it won't be long, and we'll be back into kitten season. There will be plenty of them who need help, and I'm ready.

I have been working on tweaking my Mercy Goodehart sampler that I designed a number of weeks ago -- a large old-style (yet original) sampler.  I've made some improvements and hope to be stitching on it in a few days.  It will most likely take me three or four weeks of HARD CORE stitching to get it done, but I think you're all going to really like it.  I won't be giving any more sneak peeks before I'm getting ready to release it.

Also, if you're into Pinterest, I've been getting back into it, doing sampler research (and coming up with meal ideas for my family...they're eating so much better than they did for six months.)  You can follow me, if you like at www.pinterest.com/xspeddler/.  I've got a pretty cool board filled with almost 200 AMAZING samplers and commentary by me on each one as to what I like or find interesting about that one. 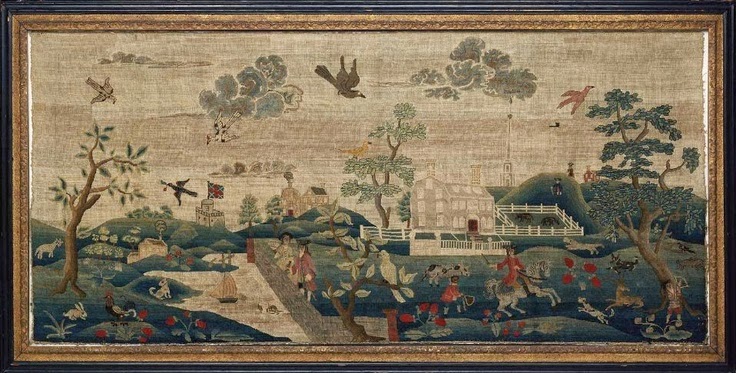 This one, for example, is the most expensive sampler ever sold.  It is by Hannah Otis and sold in 1996 for $1.3 MILLION to the Museum of Fine Arts in Boston.  The Otis family had lent it to the museum for decades, but needed an influx of money to pay for some inheritance expenses.  Luckily, the MFA won the auction, as this sampler is of Boston Commons, and has an amazing provenance to the area.

I hope you're all having a good January and staying warm.  It is in the 30's here tonight in Hattiesburg, which, hey, is cold for southern Mississippi.  Would y'all quit sending us your icy vibes?! Have fun with your needlework projects, and I promise it won't be so long until I update you again.

I'm so sorry for sweet little Half Pint and his siblings. So sad.

I love the samplers on the dark blues and greens that you have posted on Pinterest.

So sorry to read about the sweet little kittens that didn't make it. Bless you for your love, care and concern.

So sorry the little ones didn't make it. It was so kind of you to take them in and give them love for the short time they had. I've started following some of your boards on pinterest and love repinning your antique samplers! Keep 'em coming!

Don’t worry, if you want to get your Etsy sales popping and learn how to increase sales on Etsy, then I’m here to tell you all about it.